On November 9, 2020, the Amherst Town Council voted to adopt the Amherst Master Plan.
On February 3, 2010, the Amherst Planning Board voted to formally adopt Amherst's Master Plan! Congratulations to the over one thousand Amherst citizens who worked to create this important statement of community intent. 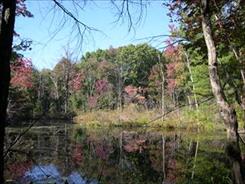 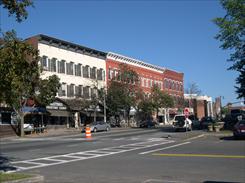 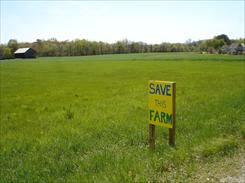 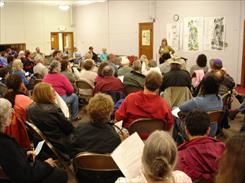 A Master Plan is a community's general "blueprint" for its future, guiding regulatory changes, land use policies, budgeting decisions, and the rest of the community decision making.  It can help to direct decision making on the community's long-term physical development over a period of decades or even generations.  Amherst's Master Plan addresses its future through recommendations regarding land use, housing, economic development, natural & cultural resources, parks & open space, community services & facilities/utilities, transportation, and implementation of the Plan.

This Plan - the first in Amherst for nearly 40 years - was based on extensive public input in the form of community forums, working groups, targeted outreach, and a number of community surveys, including a scientifically-conducted random survey. This input was informed by research on the community's existing conditions and anticipated trends for the future.  This Master Plan represents Amherst's best effort to balance competing interests of a truly diverse population and address the complex and intertwined issues that will be facing the community over the next decade and beyond.
To view the Master Plan chapter by chapter, click the links below:
To view the appendix and supporting documents, click on the following links:
Click Here to download the Master Plan as one document.
What is the Land Use Policy Map? Below is an excerpt from Chapter 3 of the Master Plan:

The attached Land Use Policy Map represents, in a general manner, the land use development intentions of the community of Amherst as expressed in this Master Plan. This map is consistent with decades of community-based planning expressing the community’s preference to preserve and enhance its traditional New England settlement pattern through control of new development.

The majority of new residential and commercial development will be selectively directed into existing built mixed use centers and associated densely-settled neighborhoods. New infill and redevelopment in existing historic downtowns, village centers, and established neighborhoods will have to abide by rigorous and sensitive design and density controls intended to preserve and enhance existing character. Existing outlying farmlands, riparian (stream-related) corridors, and woodlands are predominantly shown on the Map as permanently preserved lands or as lands targeted for potential preservation or for carefully-limited development. Some selected outlying areas—usually but not always near existing or proposed new centers—would be targeted for carefully controlled non-residential commercial development.

Areas designated as “centers” on the Land Use Policy Map are deliberately broad and generalized, and include the existing mixed-use downtown and village centers, the densely settled residential neighborhoods associated with and surrounding those centers, and other adjacent areas within ¾ mile (approximately 15-20 minutes walking time) of the geographic center of existing or proposed centers. These areas also include potential new centers and neighborhoods. Areas within these “centers” should not be understood as automatically representing areas targeted for new or infill development—as shown, for instance, they also include areas already preserved or slated for potential future preservation.

Amherst has yet to complete a center-by-center and neighborhood-by-neighborhood geographic planning process to create new zoning districts and new development regulations for those areas. Accordingly, the “centers” shown on the Land Use Policy Map are meant only to indicate their general existing or potential location. Likewise, areas shown for potential future non-residential development or preservation are not unequivocal statements of future community intent. In many places, areas of potential development and preservation overlap, indicating where the community has expressed an interest in both, but has not yet resolved how to balance those interests.

Following the completion of the geographic planning and rezoning process called for in this Plan, development regulations will change, and some of the areas designated for development will be developed and others designated for preservation will be preserved. Others will experience compromise solutions. Some will not change at all. The Land Use Policy Map does not represent community decisions on these questions. It only indicates where the community has expressed specific strong interests for preservation and/or development, and, in the process, identifies those areas where the community will need to coordinate and reconcile its sometimes competing interests.
Other Master Plan supporting documents: Other related information: A hard copy of the Master Plan can be purchased for $15.00 at the Amherst Planning Department.
[]