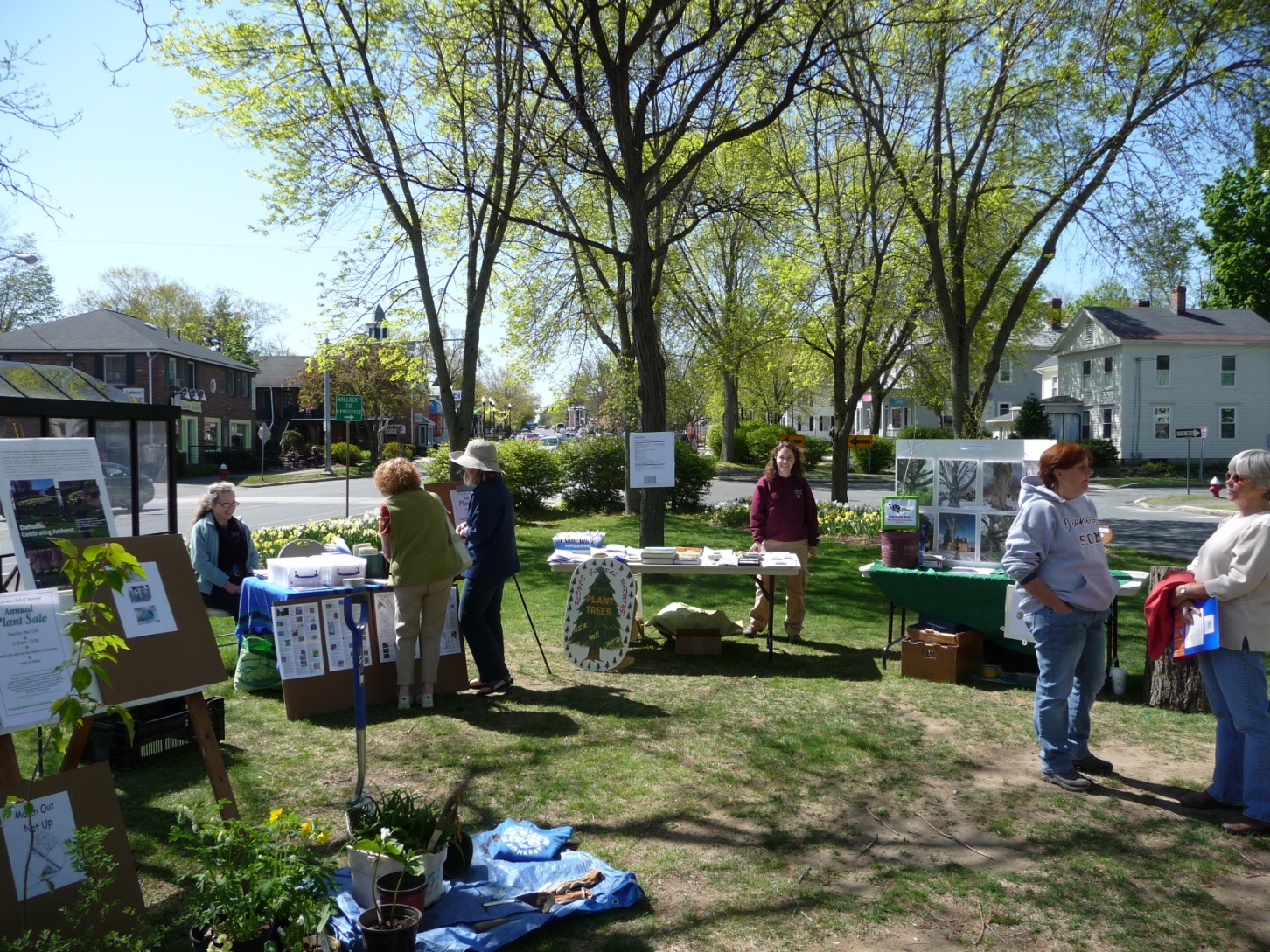 Kendrick Park is located at the north end of downtown Amherst. The park has a variety of mature tree species, both native and non-native.  Sugar maples, white pines, honey locusts, london planetrees, norway spruce, and littleleaf lindens are just a few of the many different tree species scattered throughout the park, most of which reflect the park’s residential history.

History
The idea for Kendrick Park was born in the early part of the last century.  In 1925, when local banker George Smith Kendrick conceived the idea of a private park at the ''island location'', the Town of Amherst had only one centrally-located private park, Sweetser Park.  Because of the proximity of the ''island'' to the town center, it is rich with history.  Its existence is due to the 1930 trust established by George Kendrick and later reinforced by his sister Jenny S. Kendrick.

The park was originally 10 house lots, on which 11 houses once sat.  After 1930, as the houses became available, they were either demolished or relocated by the Kendrick Trust.  The Town acquired the Trust’s properties in 2004.  In 2007, the last house was moved to a property on Gray Street.  A community design process followed that points the way toward redevelopment of the park as a new focal point for downtown Amherst.

To find out more about the history of the Kendrick family and Kendrick Park, click here.